Shift report can be a funny thing. Your patient assignment, even if you have had the group before; can go in many directions. You may have a patient whose vital signs are “circling the drain,” or lab results have just come back all wonky.  Altered mental status, sometimes in the form of ‘sundowners’ can make a quiet evening a noisy/busy one.  There have been shift reports where I felt like that last click on the first hill of a rollercoaster. Butterflies in the stomach. You know it’s going to be a wild ride, but you don’t know where it will go. This is where I came up with the phrase, ’embrace the chaos.’  You fight that new nurse urge to go in the opposite direction of the crisis, and step towards it.  You tap into your spiritual center to remain calm, build upon your desire to help people, then tap into your skill sets and knowledge to work towards saving the patient.

However, those evenings that feel like all the little things spin out of control.  You begin to feel like everything is closing in. Perhaps the feeling of being trapped in a strange medical game show.  I think these are the moments that separate new nurses from experienced ones. As the saying goes, “new nurses run/old nurses don’t.’  Experience nurses work smarter, not faster.  I was able clear my mind, take a deep breath, then attempted to use my best critical thinking skills to determine what I needed to focus on first.  I also found out that all of the rituals I had developed to improve my time management skills, including those during med pass paid off.  Reading this, I feel that I am making smaller events seem larger – which is probably the case. However, I think I had a glimpse into even more intense rapid response/codes in the future.

Not that I have had many of these moments, but I have had a couple. A few cases had to do with hypoglycemia. Another case, a patient I had just collected blood labs on, came back with a 7.2 Potassium level. The free charge was very supportive. There is a set protocol, listing everything to do – include contacting the doctor.  The supplies were organized. The checklist was followed. Luckily, everything turned out well. It was scary, but a manageable, learning moment scary.  I was able to ask questions while things unfolded. Since then, I have also seen other nurses go through crises with their patients.  The sense of teamwork and commitment that my peers and I share reinforce the decision that I made to join this team. Nursing rocks.

While it is helpful to have supplies in your pockets, I would be very mindful about accessing any of the stuff in your pockets while in a patient’s room.  Use them in a pinch, if the room does not have a needed item. Use universal precautions and some common sense.

These machine used to frighten me in nursing school.  They have evolved into being an occasional annoyance when they make their beeping sound (or otherwise choose not to work they way they are supposed to). Here are some tips for newer nurses:

1) Don’t overthink things. Make sure the pump is plugged in, and not running on battery power. The pump pictured above will beep when the battery is running low. This can be really easy to check, especially when you set foot in the room at the beginning of the shift.  Before you leave the room, add checking the plug as part of your routine – along with making sure the bed is in the lowest position, bed/clip alarms on and functioning, three rails up, etc.

2) “HIGH PRESSURE” alarms can be somewhat tricky to identify. It can be as simple as making sure that the IV line is not kinked, or tucked under the patient from an earlier bed strip. It can also occur when the IV site is located at a joint, antecubital or wrist.  You can try stopping the pump, adjust the IV tubing, then start it up again. If that doesn’t work, sometimes swapping out the IV pump and/or switching out the IV tubing will work. However, if you are only dealing with small IV infusions; switching out tubing is probably out of the question as you’d waste over 20 mls of medicine with the switch out.

3) “AIR BUBBLE” alarms, which used to terrify nursing students, can be dealt with in several ways. My favorite would be the “guitar strumming” method, where you hold the IV tubing near the pump – then “strum” the line – to work air bubbles away from the pump. You can also consider re-priming the pump, but that could keep you busy for awhile. Remember that “time management” thing?  The bad news is that even microscopic bubbles will set off the alarms.  The good news is that a few tiny air bubbles aren’t likely to harm the patient.  The bad news is that there isn’t a general consensus on what that amount it.Here is a National Institute of Health article on embolisms.  Use your own critical thinking skills to assess your own pumps, please.

4) If all else fails, read the error message on the pump.  I am not familiar with ALL pumps; just the electronic nightmare generating machine pictured above. If you believe there is something wrong with your pump, take it down immediately! Follow your facility’s guidelines for labeling out-of-commission/broken items.  Pumps that aren’t working correctly could mean no medicine is given (bad) or that too much medicine is given too quickly (very, very bad).  Again, use those critical thinking skills for your own situations, please.

5) Ask peers for help. Try to do some troubleshooting on your own, but don’t be afraid to ask others for help.  You are just looking for ideas, not necessarily have them do it for you. Remember what they show you. Thank them for their time. In time, you will develop your own troubleshooting bag of tricks.

You can’t fight the science, Jim.

Source: Jim Carrey and the long slow death of the antivaccine movement | Puff the Mutant Dragon

Today is a good day.

(Reuters Health) – In a 10-year U.S. study, people who drank coffee regularly were less likely to die of many causes, including heart disease and diabetes, than those who didn’t drink coffee at all.

The more coffee study participants consumed, the lower their risk of dying, and decaf drinkers showed a similar pattern.

Many studies have found that coffee consumption is associated with lower risk of overall and heart-related mortality, Loftfield told Reuters Health by email.

Nurses That Vaccinate: An Open Letter To Jenny McCarthy

I found this blog post while surfing. I am sharing it because it is something that vaccinations are something that I support….and that I am annoyed how people let celebrities trump science.  There are many other television celebs that really need to step off screen and shut up.

One of my research papers in nursing school included this topic, specifically, on the topic of Thimerisol (a mercury compound that used to be used as a preservative in vaccinations).  This topic was made visible to the masses when Jenny McCarthy presented her son as being autistic as a side effect of receiving vaccinations with Thimerisol.  Her desire to champion a cause led her to becoming a mouthpiece to a group of people who do not support vaccinations (sometimes called “anti-vaxxers”)  One of the main sources against vaccinations was an English study done by a Dr. Andrew Wakefield.  His study was published, presented to the scientific community, and spent about 10 years in the public eye. However, the scientific community questioned the study. A subsequent investigation found that Dr. Wakefield had distorted the data and the study was discredited – even retracted by the British Medicine Journal that originally published the paper.  Unfortunately, many decided to continue to embrace the emotion to allow them to ignore the data to continue to vilify vaccinations.  As it turns out, Jenny McCarthy has also retracted her stance against vaccinations.

The Thimerisol issue, by the way, was created when the pharmaceutical industry came up with a solution to preserving vaccinations.  Early vaccinations, when they were first becoming mass produced, would spoil and either lose efficacy and/or become toxic with contaminants.  Thimerisol was discovered to nearly wipe out spoilage, and make vaccinations more stable with a longer shelf life. They were used for decades, but came under scrutiny in the 1970s.  Studies were done to see if there was any effect. The research done my many countries, using wide demographic populations, over many years yielded answers. There was either no effect or no direct correlation between the use of Thimerisol and any illnesses/disease (including autism). When I have time later, I will create a resource page to show the articles I found on this (and many other issues).

Yes, Thimerisol is a mercury compound.  However, mercury comes in three forms: elemental (think: early thermometers), methyl mercury (see: Minimata disease), and ethyl mercury (does not bioaccumulate, does not share toxicity as other forms of mercury, and has even been shown to be excreted from the body, babies included). Thimerisol, a member in the ethyl mercury group, was still phased out of vaccinations as a precaution. By the time Jenny McCarthy brought this issues to the public, Thimerisol had already been taken out of nearly all vaccines.

Science may not lie, but it can be presented by people who have their own agendas. Even without celebrities like Jenny McCarthy (a nursing school drop-out, btw) muddying the discussion waters, scientists who let either emotion or funding source determine the conclusion of their results is just as damaging. One of the saddest things about this (and related issues) is that there seems to  be no shortage of people who do not grasp the value of science.  I fear that we are returning to an intellectual age much like that found in the Middle Ages.  Messhugganuh.

I found this blog while surfing. It has an interesting mix of posts having to do with medical technology, going back to school, and other pertinent nursing issues.

The issue of ‘nurses eating their young’ has been one that I have experienced, as well as witnessed.  The above link, courtesy of the Nerdy Nurse, offers an extensive list of resources and articles on the topic. I tried reblogging it, but believe that only applies to sites hosted on wordpress.com servers.

With a CBI,
Running normal saline can
keep you so busy

What’s your pain like?
Three out of ten? Let’s hold off
on the Dilaudid 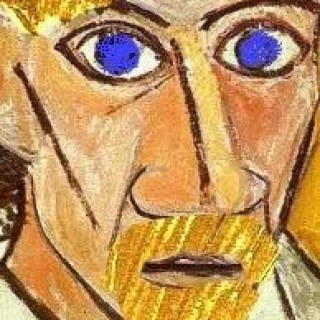 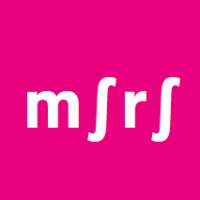 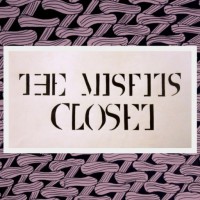 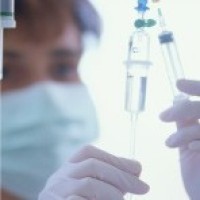 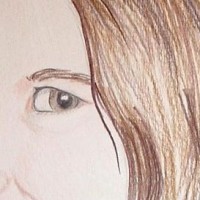 I've Got a Lovely Bunch of Coconuts

Thoughts From a Landlocked Sailor

I've Got a Lovely Bunch of Coconuts

Thoughts From a Landlocked Sailor